Matt Doheny, a co-owner of ABC Sports & Fitness in Latham, N.Y., made a decision earlier this month that lost him gym members: a ban on those who aren’t vaccinated against Covid-19.  He said denying people exercise goes against his beliefs. But it was a choice he was forced to […]

Matt Doheny, a co-owner of ABC Sports & Fitness in Latham, N.Y., made a decision earlier this month that lost him gym members: a ban on those who aren’t vaccinated against Covid-19.

He said denying people exercise goes against his beliefs. But it was a choice he was forced to make after New York state recently instituted new rules that said all businesses in the state had to either have Covid-19-vaccinated patrons or have them wear masks indoors.

Employees were hassled in the past when they asked patrons to wear masks, Mr. Doheny said. After Mr. Doheny posted his decision Dec. 12 on Facebook, about 200 of ABC’s 7,000 members canceled or put their memberships on hold. But roughly 100 other people signed up after quitting nearby gyms that were requiring masks.

He expects the rules will hurt his business in the short term. He doesn’t know how it will play out into the new year. The state policy is expected to expire on Jan. 15, though it will be reviewed again.

New York gyms face a tricky choice as they try to rebuild after being battered by the pandemic. The mandate could cause paying members to leave, industry analysts said, because some may be unvaccinated or not want to run on a treadmill with their faces covered. Before the new rules, many gyms had operated on an honor system, telling the unvaccinated to wear a mask.

The new mandate also coincides with the start of the new year, when gyms’ sign-ups rise as people look to lose holiday weight gain and make resolutions about getting in better shape.

New York Gov. Kathy Hochul ordered the policy earlier this month because of a rise in Covid-19 cases in the state and amid fears at the time about the Omicron variant. The Democrat said the mandate was preferable to shutdowns. Businesses in New York City already required proof of vaccination under a city mandate.

Nicole Adler, 22 years old, of Hempstead, N.Y., said attendance at her Crunch Fitness gym had been noticeably sparser as members had to show proof of vaccination to work out.

She had mixed feelings about the gym requiring vaccines over masks, given that inoculated people can still become infected with Covid-19 and because it is possible to forge a vaccine card. She said she prefers that people still wear masks, but also sees the vaccine requirement as an improvement over having no precautions.

“So at least now with requiring vaccines, the risk of transmission is lower,” she said.

The U.S. Centers for Disease Control and Prevention has said vaccines are effective at preventing severe illness and hospitalizations. Masks are recommended by public-health officials as a tool to fight the airborne virus.

Simeon Siegel, an analyst at BMO Capital Markets, said the worry in the gym industry was whether people would come back. Now, if they do return, they have to make a change, he said.

“For a hospitality company to have to choose a side with customers creates its own set of challenges,” Mr. Siegel said.

Note: For all 50 states and D.C., U.S. territories and cruises. Last updated

New York Sports Clubs, with 13 locations outside of New York City, requires masks for anyone working out.

with dozens of locations in New York state, said it also will require masks rather than vaccines.

Fitness chain operator Life Time Inc. decided on mandating vaccines at its New York locations, because members didn’t want to wear masks while working out, a spokeswoman said. The chain has eight locations in New York, four of which are outside New York City.

Randy Konik, an analyst at Jefferies, said the new policy likely will affect some New York state gyms, but the impact may be minimal. Some counties in the state have said they won’t enforce the regulations, he said.

Overall, Mr. Konik said he expects gyms nationwide will continue to recover. Planet Fitness Inc., said it had 15 million members at the end of September, surpassing the 14.4 million it had just before the pandemic started.

Polly Wright, 67, said her YMCA, which only allows vaccinated people, recently asked members to wear masks, too. The retired chess teacher from Eastchester, N.Y., had no problem with that.

“I’m going with the flow,” Ms. Wright said. “Whatever the rules are, I’ll follow them.”

Save on at-home fitness equipment at Amazon

Thu Dec 30 , 2021
one happy customerWe may receive commission from purchases made via links on this page. Pricing and availability are subject to change. Put together a great home gym on a shoestring: this sale is amazing! (Photo: Amazon) It’s beginning to look a lot like…Christmas, yes, but also a new wave of […] 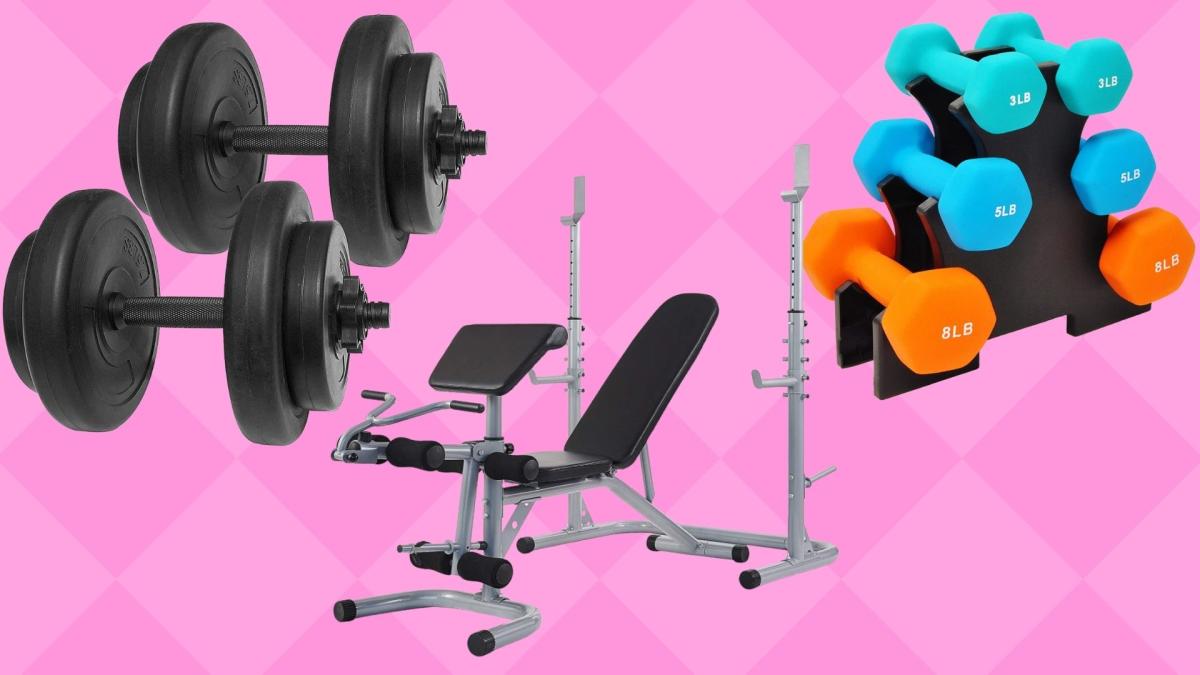